If there’s one thing I wish I had more of, it is memories of Mete Sozen.

Mete Sozen, my sister’s husband, died in his sleep on Wednesday night last, at his daughter’s home near London. My sister, Joan, gave chest compressions while his daughter, Ayshe, tried mouth-to-mouth resuscitation, but even after that, after the ambulance and the doctors had a go at it, he slipped away from them all.

He was 87 years old, 15 years older than my sister, and had been getting weaker, but his doctor saw nothing worrying on the near horizon, so they flew to England. Which is a nice thing, in the end, because he was with his daughter and wife until the end.

His son by his first marriage and her daughter by her first have had a hole blown into their lives, as has his family by marriage. It doesn’t matter that he had a full, happy, successful life, and that he was 87. Or, it matters, but not to us. What matters is that he is gone.

Mete Sozen was born in Turkey in 1930 to a somewhat well-to-do family. He was educated at Robert College, an independent private high school in Istanbul. He pursued his academic career at the University of Illinois in Urbana, where he met my sister, and left there as Professor Emeritus to become Kettelhut Distinguished Professor of Structural Engineering at Purdue University, Indiana, United States, a position from which he never retired.

I used to describe him as someone who went around the world following earthquakes to determine why the buildings fell down. “Well, for one thing, they had an earthquake,” I would say, thinking I was funny. He would smile in a manner that said, “Very funny,” meaning not at all. What he actually did was concrete stress testing and figure out ways in which local construction companies could build to withstand earthquakes, writing instructions that could be easily followed using easily obtainable materials. Or so I understood it to be. There’s much more, but you’ll have to Google him for that. The important stuff is what follows.

He was much loved by his students and fellow professors, many of whom gathered at his home in Lafayette to sit in his study among his books and working materials to remember him and mourn his loss.

My sister and the children loved him with all their heart. To my brothers, he was a good companion when the family gathered and he could join them. To me, he was a man with humorous twinkling eyes and a kind heart, someone I would have liked knowing better, but living too far away to see him often.

The last time I saw him was when he and my sister and my brother Randy and sister-in-law Vicky came to see me in Madison last November. My daughter-in-law, Betsy, who joined us, is a little unsteady on her feet after a bad bout with chemo. As they were leaving, Mete walked ahead of her and stood below her on the steps to ensure that she didn’t fall. I remember his eyes, full of kind concern, and his arms held out to steady her. Betsy didn’t often even trust that my son, relatively young and strong, would be able to catch her, but she trusted Mete implicitly. If she falls, I thought, they’re both going down. But she didn’t. She went down the steps, the warmth of his eyes giving her the confidence she needed.

It’s the last memory I have of him. I didn’t know him well, but I miss him already. 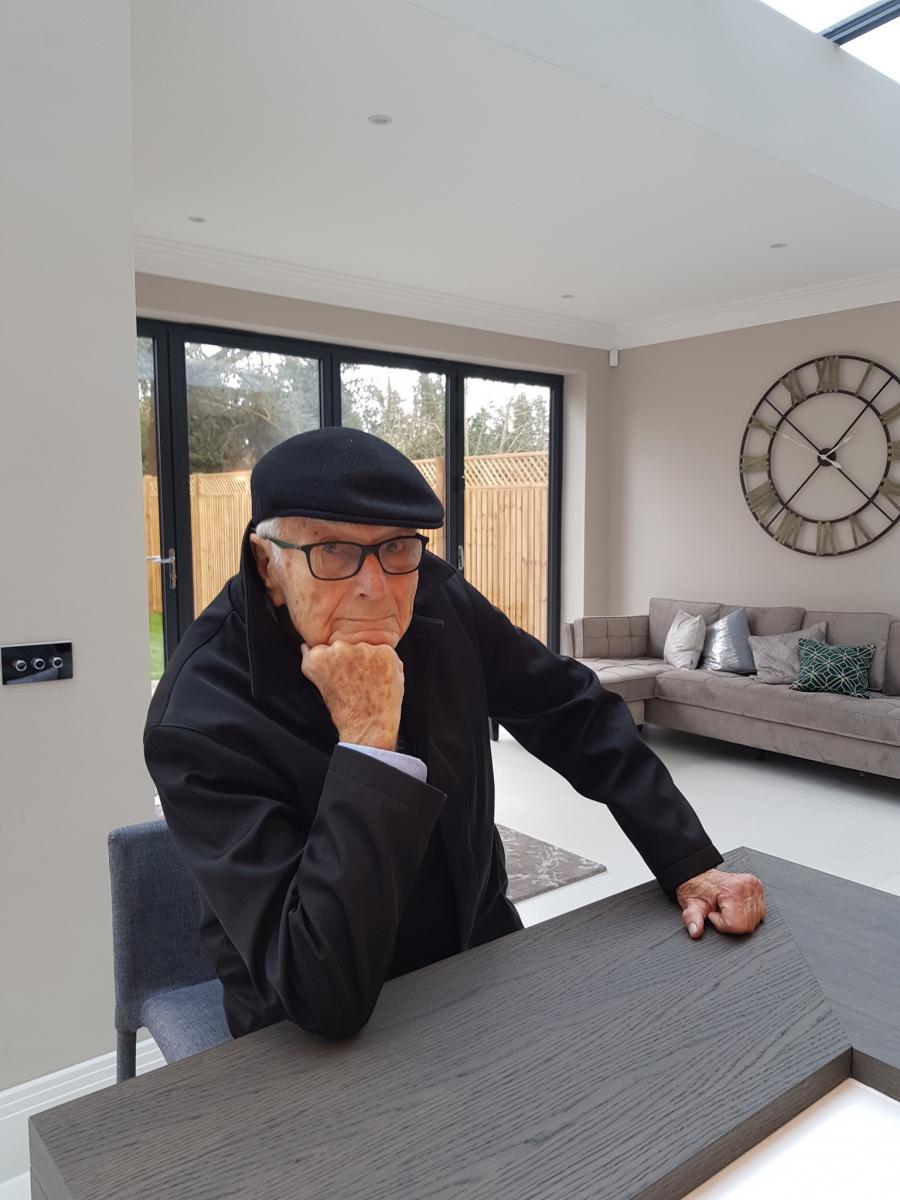