The Man From Mycenae

"The Greek pantheon roared out of the Lion Gate of Mycenae ..." That is from an paper I did for a class some years ago when I was writing about the submergence of the Great Goddess into the male-dominated pantheon of the Greeks. A bit hyperbolic, perhaps, but I still like the image. When I was in Greece a few years ago, I wanted to visit Mycenae, but it lay across the Gulf of Corinth and bus schedules vs. my remaining time in-country did not correlate.

The Archaeological Museum in Athens, however, held one of the most famous relics of 19th Century archaeology: the death mask over which Heinrich Schliemann is said to have exclaimed, "I have looked upon the face of Agamemnon." 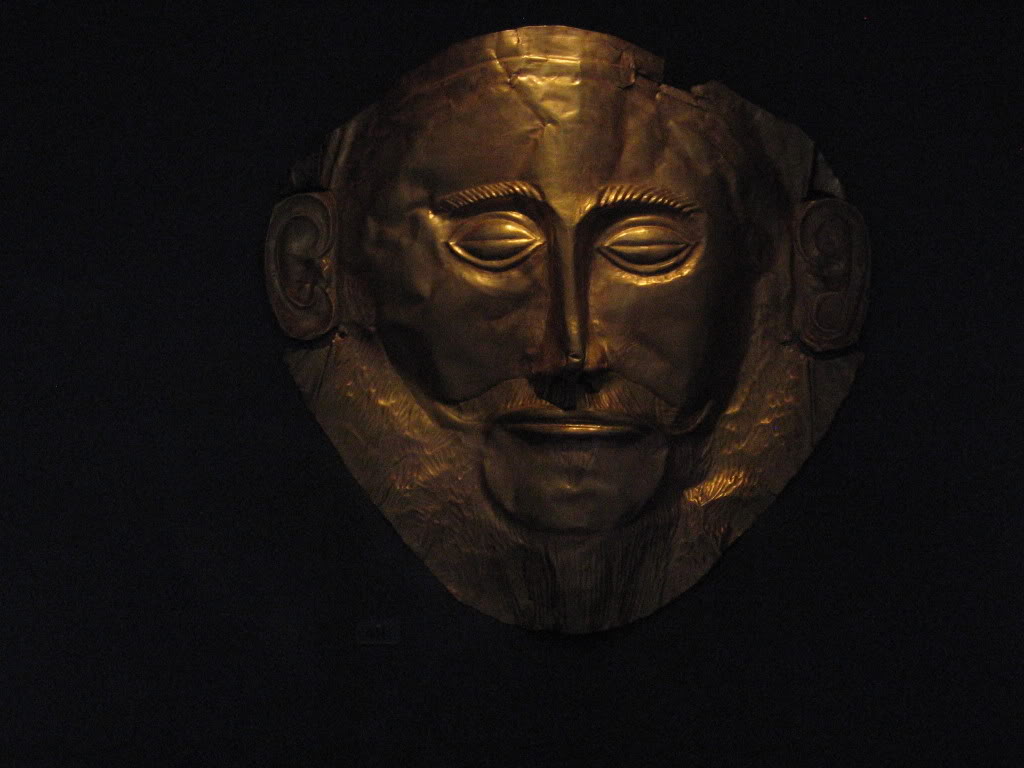 I had wandered all through the museum without seeing this piece until finally, as the museum was closing and we were being herded out the door, I babbled at a museum guard. "Efkaristo! Where is Agamemnon?" Now, "Efkaristo" means "thank you," not please. But it was the only Greek word I could remember, since I had written it on my hand. Because I had just come from Turkey and, having just mastered "tesekkur ederim," Turkish for thank you, the Turkish kept wanting to spill from my tongue and, well, you see, there's this Turkish-Greek thing.

But the guard pointed through a door and I dashed in and looked upon the face of Agamemnon (I'm buying into that story). It's the best picture I took in Greece.