Never let me find you again, old sir, near our hollow
Ships, neither lingering now nor coming again hereafter,
For fear your staff and the god’s ribbons help you no longer.
The girl I will not give back; sooner will old age come upon her
In my own house, in Argos, far from her own land, going
Up and down by the loom and being in my bed as my companion.
So go now, do not make me angry; so you will be safer. 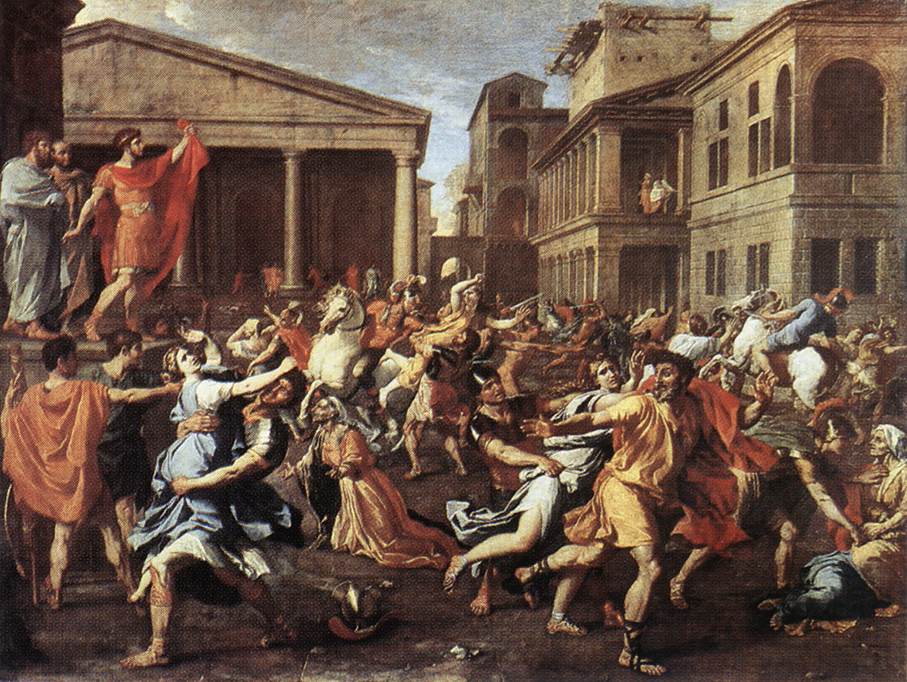 Enter DEMETRIUS and CHIRON with LAVINIA, ravished; her hands cut off, and her tongue cut out

“Let me go, said she: I am but a woman—but a weak woman—but my life is in my own power, though my own person is not—I will not be thus constrained.” Clarissa, on her recent rape by Lovelace.

Dickens, A Tale of Two Cities.

...the embedded plot surrounding the rape and subsequent death of Térèse Defarge's sister, recorded in Dr. Manette's memoir, evokes all those conditions that led directly to the revolution. "The rape itself implies social exploitation, a class-wide droit du seigneur..."

I told you it was a short history. That it spans all of known human history is only a product of the ubiquity of rape. From time immemorial, rape has been one of the prizes of war. The abduction of women has been understood to be one way of acquiring a wife. Some cultures still practice a pretend "abduction" as part of the marriage ceremony. Even in the western, civilized world. How many of you were carried over the threshold on the evening of your marriage?

Is it possible to rid the world of rape? Is the abolition of rape something that can be done culture by culture? Or will it take another evolutionary leap? And what kind of people will we be when it is finally accomplished? I think it can be argued that our "civilization" is barely begun. We haven't come as far as we thought we had. But it seems we haven't thrown in the towel yet, either.

The Rights Revolutions too have given us ideals that educated people today take for granted but that are virtually unprecedented in human history, such as that people of all races and creeds have equal rights, that women should be free from all forms of coercion, that children should never, ever be spanked, that students should be protected from bullying, and that there’s nothing wrong with being gay. I don’t find it at all implausible that these are gifts, in part, of a refined and widening application of reason.