Last week I got into the wayback machine and leapfrogged through a kaleidoscope of past lives. There was first a visit to my brother's house on the north side of Chicago, a little north of the neighborhood in which I lived with my first husband and where I brought my first child home. I remember riding the Ravenswood El into work and fighting my way east to the lakefront against biting winds and blowing snow. I remember when the Prudential Building was the tallest skyscraper in town. I remember sitting in the jump seat of the last car on the El on the way home, watching cranes inch their way up the Hancock Building, which today looks like a stubby black stump lost in a forest of towering shafts of gleaming light.

Then I went south to Decatur, where I met with survivors of the Class of '61. Highlights: people I didn't recognize claiming I hadn't changed a bit, even when I reminded them that I was once the size of a No. 2 pencil. Girl Scout Troop 58, and and Sandy, a retired judge from Toronto, who found and wore her badge sash and GS cap. Calling my HS best friend from the GS breakfast and handing the phone to her former next door neighbor. Seeing a couple of other friends from the long ago. Listening to one of our few African -American students - the only one of them to return in the last ten years, perhaps the only one to return at all - as he told his story of the civil rights years and teaching in Los Angeles. As he reaffirmed my own belief that, in spite of the cultural myopia of the 50's, we had somehow received an excellent education. And then he sat down and played a little jazz piano.

Back then, we were almost all Christians, and we all believed in science.

Back to Chicago and down to the South Side. The beloved son came to visit and we made a journey to the fairgrounds of the World's Columbian Exposition of 1893 and then to the streets and alleyways where my son, at age 3, ruled from the seat of his Big Wheel as the Mayor of Woodlawn.

My brother took me to the Art Institute and to the Millenium Park. And to the Goodman Theatre for a production of Red, where I sat in the front row center and got splashed with a little theatrical water.

A Facebook status of mine pictured the Chicago skyline as a "flower garden of architecture." Here that garden rises above and is reflected in the Millenium Park's Bean. Sometimes the wayback machine skips a little into the future as well. 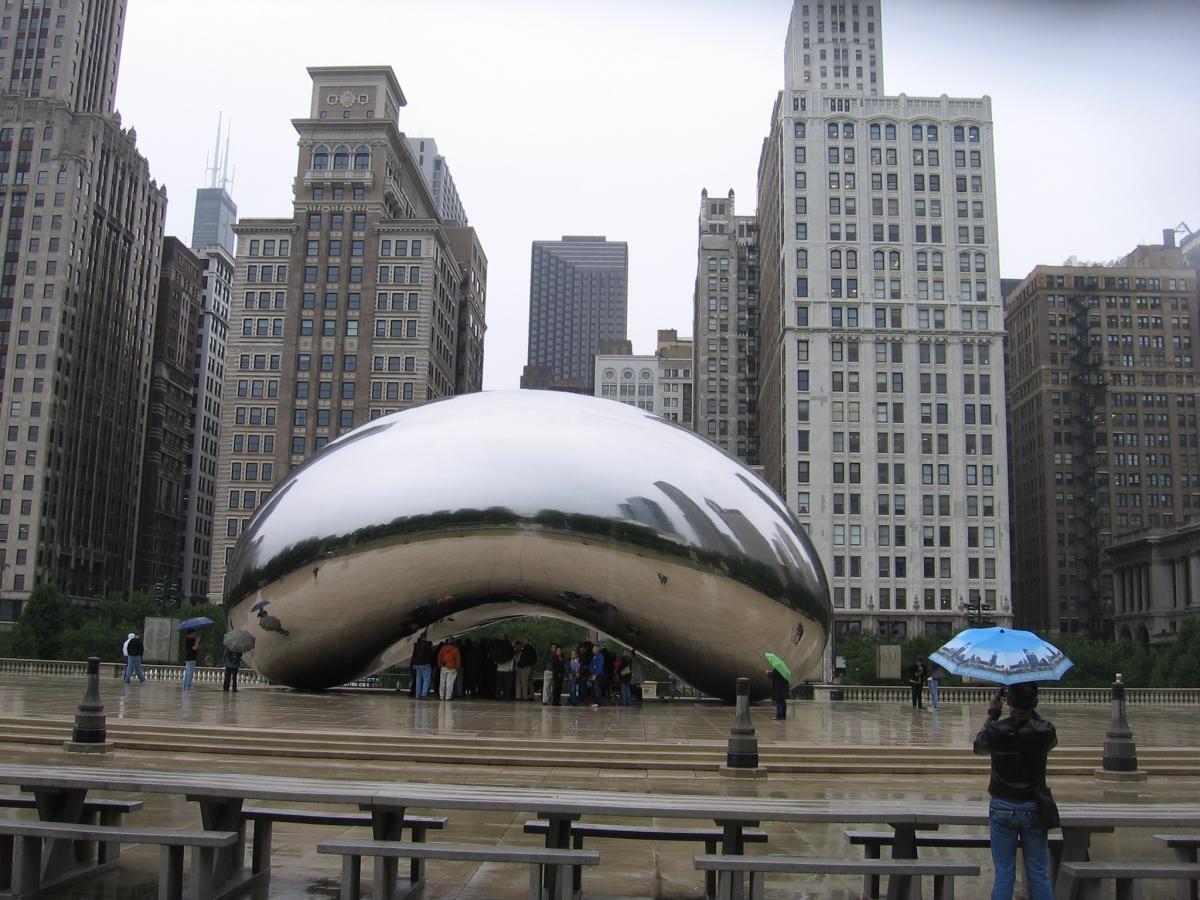